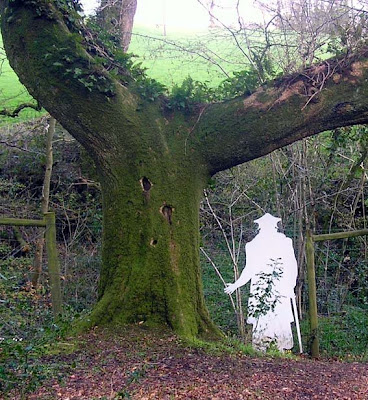 The photograph shows a silhouetted John Rudd in the garden at Aberglasney in Carmarthenshire. However, the person that I particularly associate with this secret 'garden lost in time' is the poet, John Dyer. Wordsworth admired Dyer, and wrote a sonnet addressed to him, which begins 'Bard of the Fleece'.

Daffodils have been out in the garden since early December: I wonder what Wordsworth would think of that. A firecrest caused great excitement when it was spotted before Christmas.

I have a number of favourite Aberglasney and John Dyer books: I have listed a selection of them below.