Postcard 38: Vindolanda, Trafalgar Square and Jeremy Paterson on the Plinth 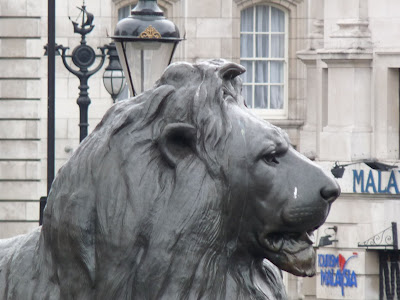 Lion in Trafalgar Square, London (above) 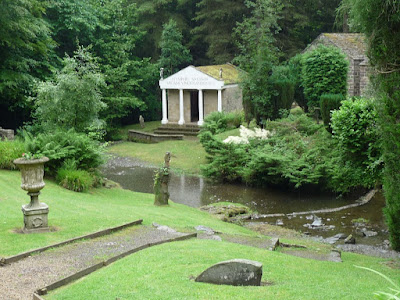 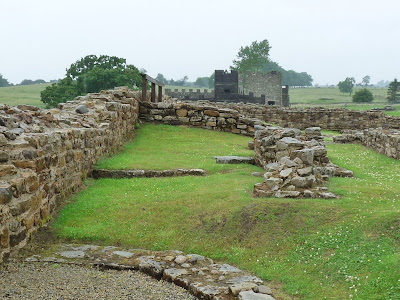 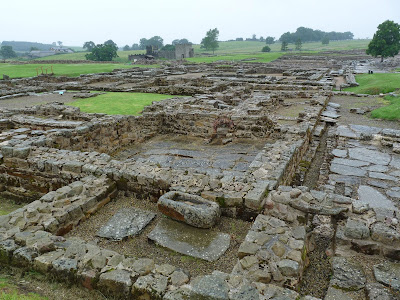 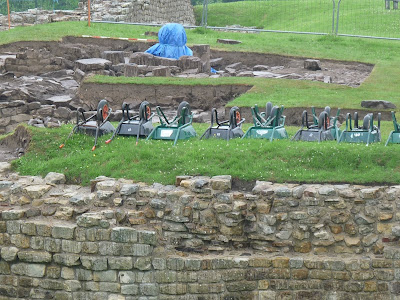 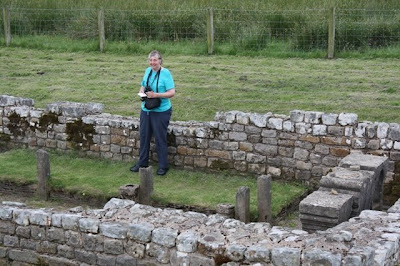 The Mithraeum at Carrawburgh, Hadrian's Wall (above)

Just a few weeks ago I posted a postcard on the children's book, V-mail, about the Vindolanda Writing Tablets. Little did I realize then that it would only be a few weeks before I was back in the North East, visiting Hadrian's Wall and the site of Vindolanda itself.

Last week a friend of mine was in London, listening to fellow poet, Crysse Morrison declaiming from the Fourth Plinth in Trafalgar Square. This week another friend alerted me to the fact that my lecturer (from 1979!), Jeremy Paterson (and here) was marking his retirement with an appearance from the same Fourth Plinth - in a Roman toga. His purpose was in part to promote Latin in schools, and the Minimus mouse material in particular. The Minimus books are written by Barbara Bell and Helen Forte. They have a vocabulary section and a Minimus glossary. Some of the Minimus tales (or tails?) revolve around Vindolanda, as you can see from the Minimus blog.

Crysse (a friend of mine) definitely wasn't wearing a toga! ;-)

Crysse on the Fourth Plinth

My apologies to all concerned, Alan, it looks as though I got my wires crossed there! I meant Jeremy Paterson, of course: a case of blogging too late at night...

Thanks for visiting and commenting at fmpoetry Caroline.

I've just got back from a week on the north-east coast (Amble to Holy Island) and hiking Hadrian's Wall (Heddon to Brocolitia).

So the mithraem was the last place we got to and probably the most impressive.

Vindolanda looks great, and sorry to miss that.

Have a nice weekend!

Just wanted to come and say Salve! I was researching something (Minimus & Jeremy Paterson) and it led to your wonderful site! Amazing that he taught you...it is indeed a very small world. Sorry I have not popped by more often.

I'm working flat out to get the Minimus Courses and the Cambridge Latin Courses launched up here on Hadrian's Wall. It means I've become a very unsociable blogger. Mea culpa! Hope all is well. Best wishes, Hadriana :)