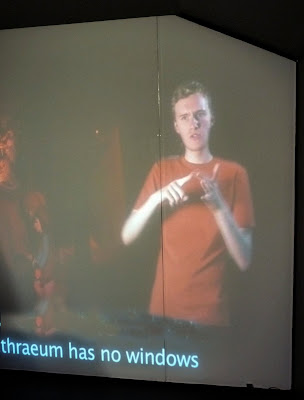 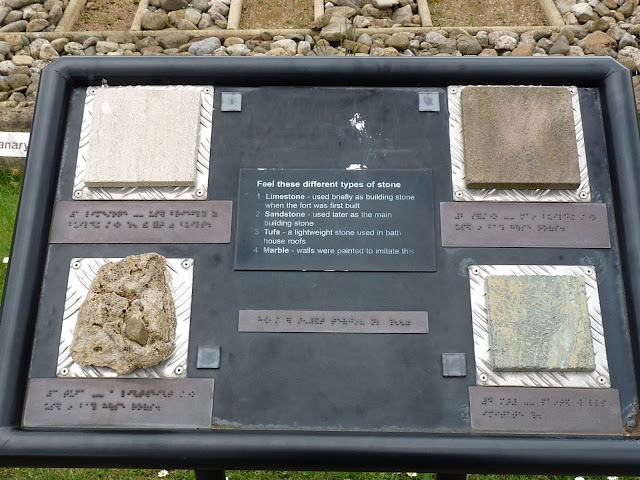 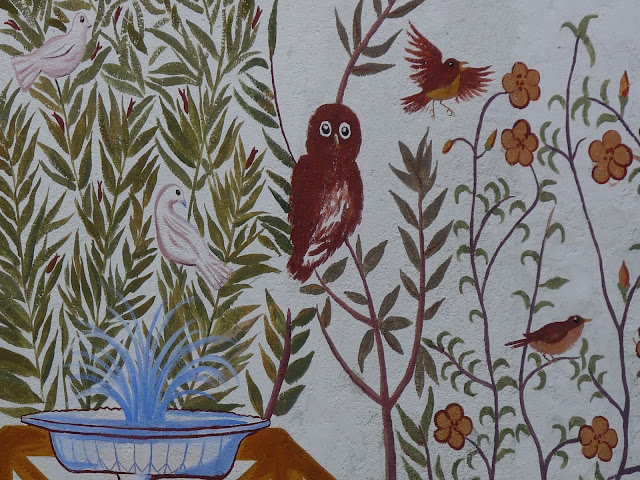 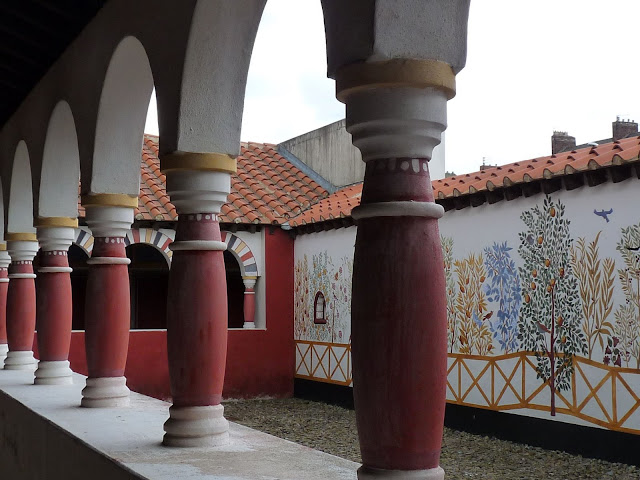 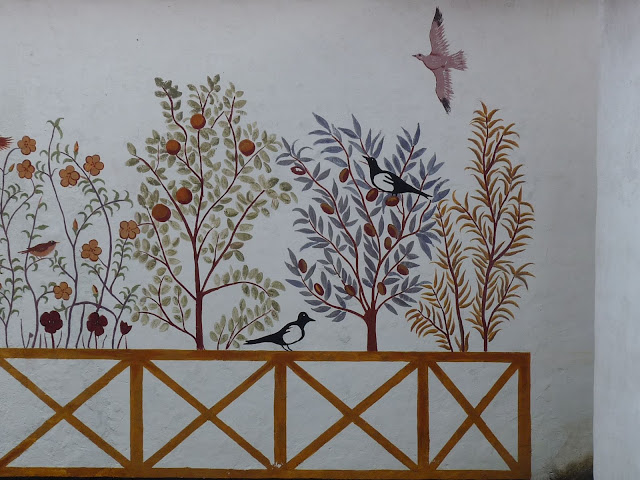 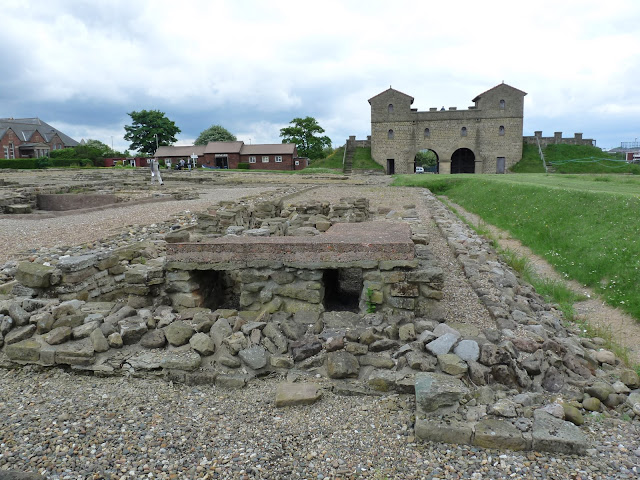 Photos above:
Those of you who read my Coastcard blog will know that I was back in the North East a couple of weeks ago for the opening of the Great North Museum. One of the attractions for a prospective student of Classical Studies heading for Newcastle University (me!) back in the late 1970s was the close proximity of the city to Hadrian's Wall.

In these days of accessibility, I have a vested interest in keeping an eye out for measures that have been taken to enhance the visit to the various sites and museums of visitors with a mobility or sensory impairment. The audiovisual display in the Great North Museum's Mithraeum made imaginative use, I felt, of an opportunity for sign language. The site of Arbeia had at least a couple of display boards featuring Braille. One board had two trowels attached to it for extra sensory (and visual) impact. The other had samples of the different building materials, which could be handled.

I wonder which of the photographs above appeal to you. The reconstructions of the barracks (somewhat Spartan, if this Greek term can be applied to Romans!) and the commanding officer's house were amazing. The reconstructed frescoes were quite beautiful and reminded me so much of some of the original wall paintings I had enjoyed during my year in Rome back in the 1980s.

Although Arbeia is not actually on Hadrian's Wall, it was an integral and important part of the frontier since it controlled the port at the mouth of the Tyne. The earliest known Roman buildings in Arbeia date from circa AD 125. A new fort was built at South Shields circa AD 158, when Hadrian's Wall was occupied for a second time.

You may be wondering what all this has to do with 'landscape and literature'! The answer is this: while I was in the on-site shop at Arbeia, I bought a fascinating children's book, written by Katharine Hoare and published by the British Museum: V-MAIL Letters from the Romans at Vindolanda Fort near Hadrian's Wall.

Well, you may be thinking, this still does not sound like literature, and perhaps - strictly speaking - you would be right. However, I felt it definitely merited a mention on this blog. Hundreds of small 'wooden postcards' were found on the site at Vindolanda, ranging in content from army memoranda to family letters. I have always been a great believer in the power of the postcard, and it seems to me that these wooden postcards exemplify all that is so special about this particular form of communication. The tablets give us a glimpse into the personal lives of Roman men and women (yes, women are represented) who found themselves posted to the wild and rugged northern limits of the Empire. The tablets even featured in the BBC2 TV programme, 'Our Top Ten Treasures'.

On the subject of these Roman women, Sulpicia Lepidina and Claudia Severa's wooden 'postcards' display the earliest extant examples of women's handwriting in ink in the Latin language. Claudia Severa invites Sulpicia Lepidina to her birthday bash in one of these missives, and in another she explains that there is a matter she wants to talk about with her friend, but it will have to wait until they meet in person. It all sounds very modern to me.

My affection for the Hadrian's Wall area goes back a long way, but this book certainly helped me to view the people in a fresh light. It is, in my opinion, a wonderful resource for children, and I hope that it will bring a smile to their faces and help to ignite a love of the past and its people.
Posted by Caroline Gill at 19:30

We are lucky to live so near to so much Roman history Caroline. Interesting post. My grand-daughter (also a graduate of Newcastle University) lives in Newcastle still - shall talk to her about it.

We went back to live there some years after we had married, but alas only for a two year stint. I love the city and environs.

Fascinating and informative post Caroline. Glad you enjoyed your trip.

there's so much Roman history in that area. The wooden postcards you mention are intriguing...