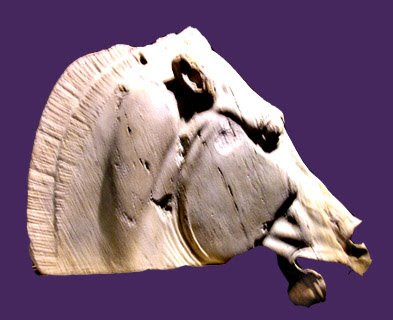 The debate over the Parthenon marbles and their rightful place has continued for many years.

The new purpose-built museum in Athens will open its doors to visitors on 20 June 2009.

Keats wrote about the Parthenon sculptures in London in his celebrated poem, 'On seeing the Elgin Marbles...'; but although the Parthenon has been a subject of much political debate, it has not been a source of great poetic inspiration in modern times. Liana Giannakopoulos has identified three Greek poets, however, who have tackled the subject.

Ancient writers on the Parthenon include Plutarch: you can read about some of them here.
Posted by Caroline Gill at 21:25

So are you going to write about it, I winder? LOL

Do you think they should be returned to Greece Caroline?

I expect, Marc, you may be able to guess my views!

Carol, as it happens, I am in the middle of writing (prose) around the subject...