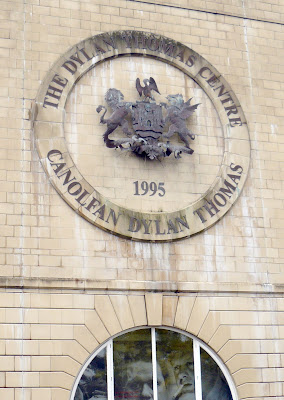 I have only just realised that the dates coincide - give or take a day - with the anniversaries of the poet's birth (27 October 1914 at Number 5 Cwmdonkin Drive, Swansea) and death (9 November 1953). 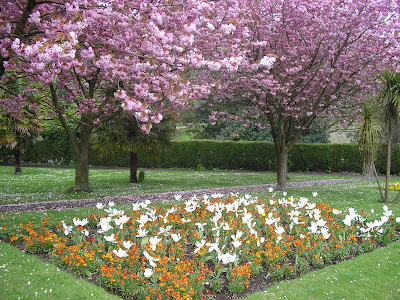 A rather unseasonal photo of Cwmdonkin Park... 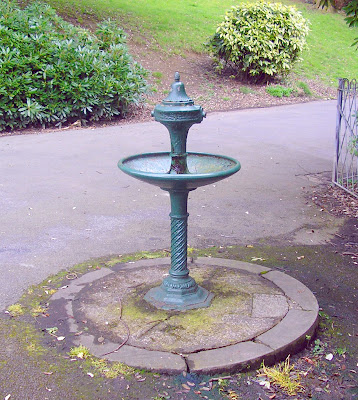 ... with its drinking fountain where the young Dylan sailed his ship.
Sadly the chained tin cup is no longer there...
The festival takes its name from Dylan's work, 'In Country Sleep'. It is dedicated to the memory of poet and writer, Aeronwy, daughter of Dylan and Caitlin, who died on 27 July this year. Dannie Abse, Stevie Davies, Owen Sheers, Fflur Dafydd, Byron Beynon, Kathryn Gray and many others will be taking part.

The events are being organised by David Woolley, Jo Furber, Jeff Towns and others. The festival aims to celebrate the 'power of the creative word', using Dylan's work as a springboard for contemporary art that has an eye to the future.
'Poetry is what makes me laugh or cry or yawn,
what makes my toenails twinkle,
what makes me want to do this or that or nothing.'
Dylan Thomas

(Source for quotation: Encyclopedia Britannica)
Posted by Caroline Gill at 16:54

This sounds like a very enjoyable festival! Wish I could be there, Caroline!

Wish I lived near enough to go Caroline. It was such a tragedy that he died so young wasn't it. I did read the obituary to his daughter in the Times. I really think to get the most out of any of his poetry you need to hear it read by a welsh voice.