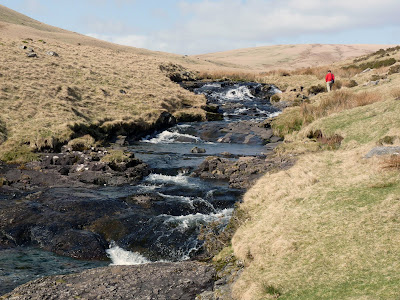 We passed waterfalls and rills up the Swansea Valley 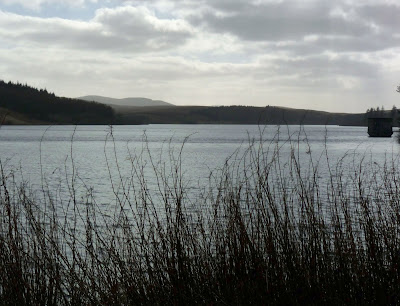 This is Usk Reservoir... 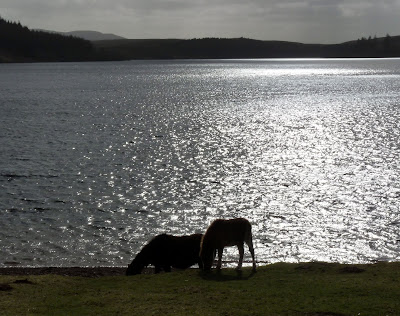 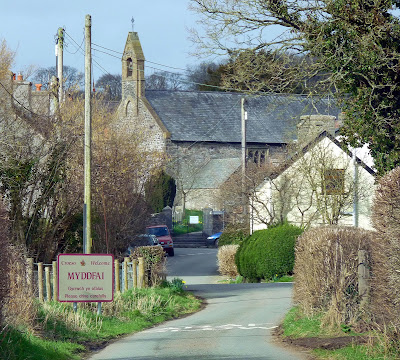 The approach to Myddfai,
with the Church of St Michael's 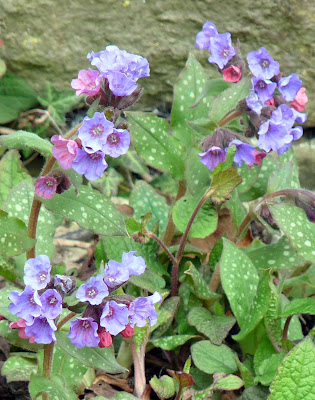 The village of Myddfai lies somewhat tucked away in the Brecon Beacons. The story goes that a farmer's son saw a young lady rise from the lake known as Llyn y fan fach. She had golden hair, which she proceeded to comb. The couple fell in love and had three sons. The lady returned to the lake, but not before she handed over the knowledge of her medicinal cures to her first born son, who became the first Physician of Myddfai.

The Guardian for 1 June 2010 reports that plans are afoot to start a new herbal remedy outlet in the village, with a cafe, and craft area in which a potter and quilter will work.

Myddfai was famous for its natural medicines and plant potions in Medieval times.

What a lovely place! The photos of Usk reservoir are particularly beautiful and atmospheric

I enjoyed my visit Caroline. I love lungwort and have it all over my garden - the local name here for it is soldiers and sailors. When it has finished flowering the leaves tend to get mildew and die off - I always preempt this by cutting them back quite harshly and they then grow smart new leaves for the rest of the summer.

I saw your pretty face in Rosie's comments, and visited your other Coastcard site, then came back here. What a gorgeous photo of the church, Caroline! Wish I could visit it, but seeing your photo is next best.