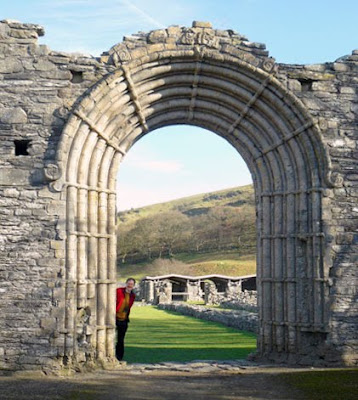 The Abbey of Ystrad Fflur
aka Strata Florida
with David Gill
(whose poem about the Kerameikos in Athens appears on p.34) 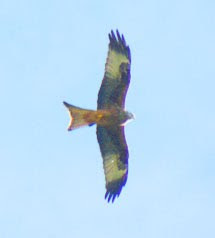 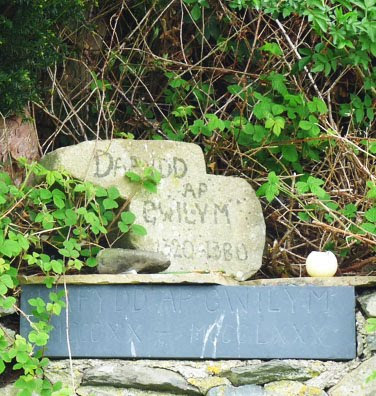 Base of the ancient yew tree in the Strata Florida churchyard,
associated with the 14th century poet,
Dafydd ap Gwilym

I was delighted to receive my copy of the latest edition (issue 10) of The Seventh Quarry, edited by Peter Thabit Jones, with assistance from Vince Clemente, the Consultant Editor in America (and creator of the beautiful poem on p.9, 'And I think of Roses'). The issue maintains its Welsh roots - the poet in profile is Swansea's Malcolm Parr - but has a truly cosmopolitan feel. It features poets from Wales, England, Scotland, America, Israel, Serbia, Japan, Australia and Canada.

The Seventh Quarry has recently become a cooperating partner with Cross-Cultural Communications Publishers in New York. The magazine is beautifully produced. It costs £3.50 a copy and comes out twice a year, in January and July.

The current issue includes two previously unpublished caricatures by Dylan's wife, Caitlin Thomas, courtesy of John Edwin Cowen. Sarah Petrak's poem, 'A Seashell Curved' on p.21, particularly caught my eye, with its unusual lure of the ocean. There are poems of loss ('Healing' by Annabelle Moseley, p.14, with its 'palette of new colors') and life ('Parhelia' on p. 12 by fellow poet and blogger, Susan Richardson, with its lively Sundog in the sky). There are a number of interesting Leitmotifs such as shadows and mirrors ('Plein Air' by John Dotson, p.13; 'Simplicity' by Robert L. Giron, p.16 - and 'Your Shadow', p.29, by Carole Ann Smith).

The issue contains two poems (Byron Beynon, p.41, and Caroline Gill, p.34) on the Welsh abbey of Ystrad Fflur - hence the photographs above. It is a wonderfully evocative spot. Red kites soar overhead and the hills resound with the ring of centuries of verse.

Closer to home, 'Mumbles Pier' by David Alun Williams, p.47, draws the reader into a world of 'bright-gartered gulls' and the double-edged intrigue of 'entangled lines'. You can find details of The Seventh Quarry on the website here, and also on MySpace.